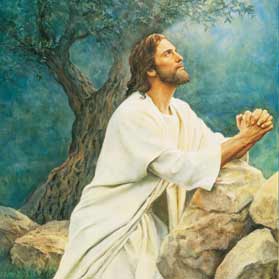 For a message about the atonement and the fall, the atonement is the rectification of the breaking of a universal law, in which the outcome is known in general terms as, “the fall.” This atonement is also the blessing of the entire human family throughout all the eternities. So much of how we allow the atonement’s reach to be for us in the eternities, depends on our faithfulness according to the light and knowledge we have and receive here. In other words, we are to do the very best we can, with what we have and are given.

This fall, which started in the garden of Eden, made possible the birth of sin into this world through disobedience, and introducing an unhealthy substance to the bodies of Adam and Eve, namely, the fruit of the tree of the knowledge of good and evil.

This poisoned fruit, coupled with their disobedience of the given commandment, introduced sin, and made their future sins to stick to and apply itself to their bodies, because in this state, they now understood the difference between good and evil, and could be fully accountable. Christ’s atonement would no longer be automatically applied to them because they ‘knew’ no sin in their previous innocent state. They would now have to actively supplicate and seek out the Lord and His forgiveness.

Having deliberately disobeyed the Father, and partaking of this unhealthy food, their bodies were then subject to death, and because they were fallen, they became able to have seed, or children. For even as every seed must die before it can bring forth life, so too their bodies needed to die to produce seed. It is because of the atonement that their lives were prolonged, in the which space they were granted a time to repent and learn from their mistakes. This change allowed them to fully and actively exercise the gift of agency, which is the ability to do good in this fallen world, choosing the right.

Before the fall, Jesus’ forthcoming atonement covered them in any wrong choices they may have made unknowingly, because they were innocent, not comprehending the difference between right and wrong. Their choice to partake of the fruit of the tree of the knowledge of good and evil was a transgression, because they had been specifically told by God not to do it, even though they didn’t fully understand why. Therefore, partaking is called a transgression, rather than a sin, because they didn’t understand the difference between good and evil.

Such was their predicament in being innocent, without wisdom or knowledge. Therefore, Eve needed to partake of the fruit, and Adam also, to learn for themselves, and progress from grace to grace, through the atonement of Jesus Christ. It was once they understood the opposites of right and wrong, that they could then learn from their mistakes, and repent of them.

As is stated in LDS doctrine, partaking of the fruit gave their bodies the ability to have children, through the effect the fall had on them. God, who is without sin, and who cannot create anything in sin, had to create them in this state of innocence, to then try them with the commandments to not partake of the fruit of the knowledge of good and evil, which would bring about sin, and a knowledge of sin for Adam and Eve, but also the ability to multiply and replenish the earth.

Even as the atonement was already part of God’s plan before sending us to this earth, so too was the fall. God knew they had to have children, and so He commanded them to do so, but He could not create Adam and Eve into a fallen state, with the opportunity to have children, so it was up to their choice to transgress, to be able to have children, and to then carry out His purposes for His children, which purpose is to bring to pass the immortality and eternal life of man.

Truly this fall, which not only changed Adam and Eve by introducing death to their bodies, and the ability to have seed, or children, it also changed the earth into a corruptible state, bringing about entropy and decay.

Christ is the rectification of this fall, using it to further the growth and potential of mankind, through turning something hard and sorrowful, into something good and meaningful, even glorious, by learning from our mistakes and repenting. So is this life.

Indeed, the Tree of Life planted in the garden of Eden was God’s pinnacle creation in the garden, in terms of plant life, and man, the pinnacle of his creation, even after the image and likeness of Himself and His Son Jesus Christ. The tree of the Knowledge of Good and Evil was originally planted there by God as a fig tree, but through the evil influence of Satan and his devils, who were purposely cast down to earth, they wrought upon it, and it became unclean, thus unfit for Adam and Eve’s bodies to partake of.

Satan and his followers were cast down to earth by God, with the tree there, and helped start the process of earth life for God’s children, that they could suffer, have joy, learn, grow, have children, progress and die, all toward the purpose of becoming more like Him.

The Atonement takes something which would by itself be the destruction of mankind (the fall), and raises mankind’s course upward into the celestial realms, where attainment to godhood is made possible. For as a child can become like their parents, so too can we, as literal children of our Father in Heaven, become like Him.

As was God’s plan in the beginning, He wanted us to be like Him, and to do this, we had to pass through mortality as He once had, walk in the path wrought out by our Savior through His holy atonement, and come unto Him, repent and keep His commandments.

With such a glorious gift as this, is it any wonder that those who understand this atonement and live by it, truly rejoice in their love and relationship with our Savior? Our Savior lives! He is the course of true joy and happiness! He understands all of us and our needs and concerns, and cares perfectly. How? Through the atonement. Because He experienced it. He also carries us, and lessens the burdens we carry, only to the degree we can bear, that we too can experience growth from trial. This is essential. We need to go to Him, and not try doing things by ourselves, for this truly is, the great plan of happiness!