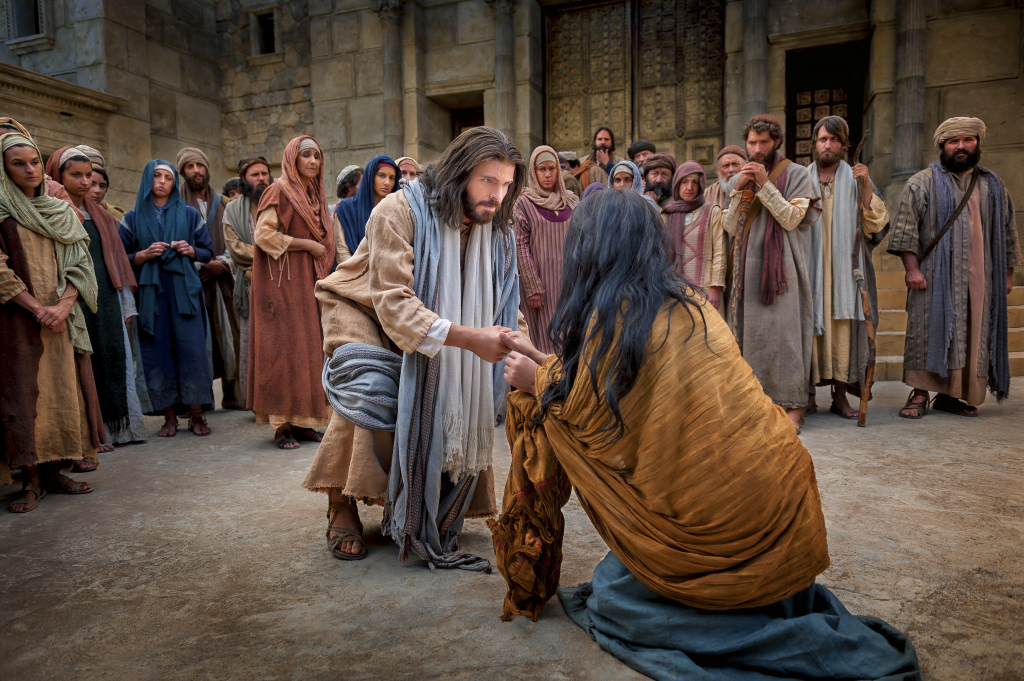 A Look Into The Savior’s Personal Life

Note: I’m venturing out a bit from what I normally do, so know that you don’t have to understand this. To me, these things are sacred and personal, but with unquenched desires to share, I’m daring to share.

Jesus had the power, ability and authority to forgive. He knew everything about people, including their hearts and circumstances. When Jesus gave forgiveness to the woman Mary taken in adultery, this incensed the Jewish leaders, showing His preeminence over their unrighteous dominion and preclusion to God. What made things worse for the Jews, was that in the law of Moses, such should be stoned.

Jesus started out by writing in the dirt, the very thoughts and intents of these men, who knew about the woman, and had secretly laid in wait to discover her, to capture her for reasons of condemning Jesus, and trying to eliminate their own personal guilt, for they even wanted what she had to offer. Jesus had started out by drawing in the dirt, each Rabbi’s personal lustful thoughts, starting with the foremost accuser, and then went down the line.

After Jesus forgave her, He, knowing who she really was, and the hard trial and weaknesses she had been given, and beyond this, truly recognized and knew who she was, and He took her, Mary, unto wife.

There is a record of the name of the wife Jesus took in the recovered dead sea scrolls, in which it simply says, speaking about his wife: and her name was Mary, one of his disciples. This would also align with how Mary Magdalene was the first one to witness Him after His resurrection. At this knowledge, then Lazarus would have been Jesus’ brother-in-law.

At any rate, this is truly what caused the Jewish leaders to hate and be completely bent and set on his death at all costs. He was turning everything upside-down, which they felt was their’s to protect, and He was doing it with miracles, forgiving, parables and confounding, all to the building up of their wrath and bitterness, to the point where they felt He had to be slain.

He was mockingly tried, for where there was no offense, for the truth can never be condemned, on earth or in hell, only accused. Christ was not killed, but He voluntarily gave up his Spirit, that He could also then heal, and voluntarily re-enter His then glorified resurrected body.

2 thoughts on “What Truly Enraged the Jewish Leaders”